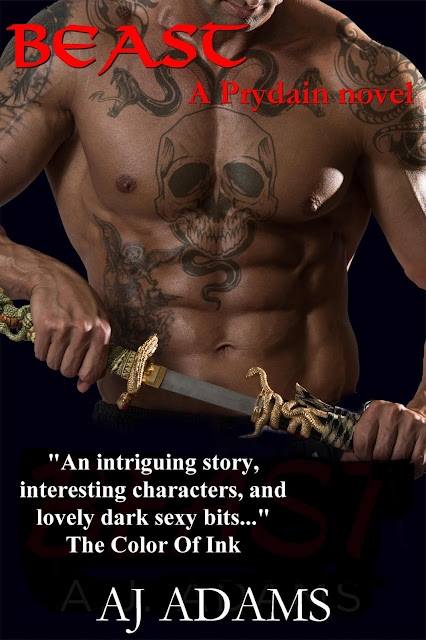 He stuck the knife in the ground and stripped off his leathers. The tunic came off, revealing a long, lean, muscled torso, covered in tattoos. Snakes ran up and down his arms, his pecs and his shoulders. A skull blazed on his chest. Then he was pushing apart my legs, settling between my thighs, leaning over me. He smelled of smoke, leather and musk. It was terrifying, like being at the mercy of an animal.Falsely accused, Wynne is determined to clear her name. However, a trip to petition the Steward at Brighthelme turns disastrous when the Beasts, fearsome warriors from the frozen north, raze the city. When Wynne is carried away, she’s determined to regain her freedom but Rune, her captor, has other ideas. Beast is set in Prydain, an imaginary place that combines Anglo-Saxon England with Medieval England, the Teutonic Kingdom and the Viking Age. WARNING: This story contains kidnapping, rape, dubious consent and graphic violence.
It is a standalone novel; no cliff-hangers.
Read more »
Posted by Marissa Honeycutt at 6:00 AM No comments: